Working so that it is the wonderful, innate part of the person that triumphs and thrives.

So what is the connection between transexuality and trans-humanism?

Recently I published a thread on Twitter on 25/11/18 which you may Read on Twitter or Thread reader in which I present a hypothetical design for how trans-sexuality could be engineered. I suspect trans-sexuality to be an artificially created phenomenon which is part of the trans-humanist bio-social engineering project. I define trans-humanism to be a large and active agenda to downgrade humanity into a weaker, less ethical form with non-reproductive sexuality. The trans-human is also to be under technological control linked to artificial intelligence using technologies both inside and outside the body. You can, if you are so inclined, envision the trans-human to be a mobile phone with a human body.
There has been a rapid increase in the rates of trans-sexuality since mind-control technologies started to be industrially developed after world war two. Note that transexuality before becoming a part of daily life, started to become known in movies and TV – (Wikipedia), for example The Crying Game (1992), and in songs like Honky-Tonk Woman by the Rolling Stones, and Lola by The Kinks. These cultural artefacts have been produced with ever increasing frequency, again since world war two. This encyclopedia page shows 2 trans film characters from 1945-1969, 24 characters from 1970-1994 and from 61 from 1995-2019. This is very unusual.
Below is the thread, and following it is the transcription of the relevant part of the recent interview with Cathy O’Brien on the Richie Allen Show on 3/12/2018. Cathy relates to us statements of George Bush Sr. and Bill Clinton at Bohemian Grove and the Swissville amphitheatre on the agenda for cloning, genetic manipulation, gender blending and humans as hosts for artificial intelligence.
What Cathy reports is quite similar to the design that I hypothesized. Given the changes in society we see around us, it is reasonable to conclude that such methods have been deployed.
UK School Teacher Blows the Whistle on Targeting of Autistic Children to Become Transgender – needtoknow.news 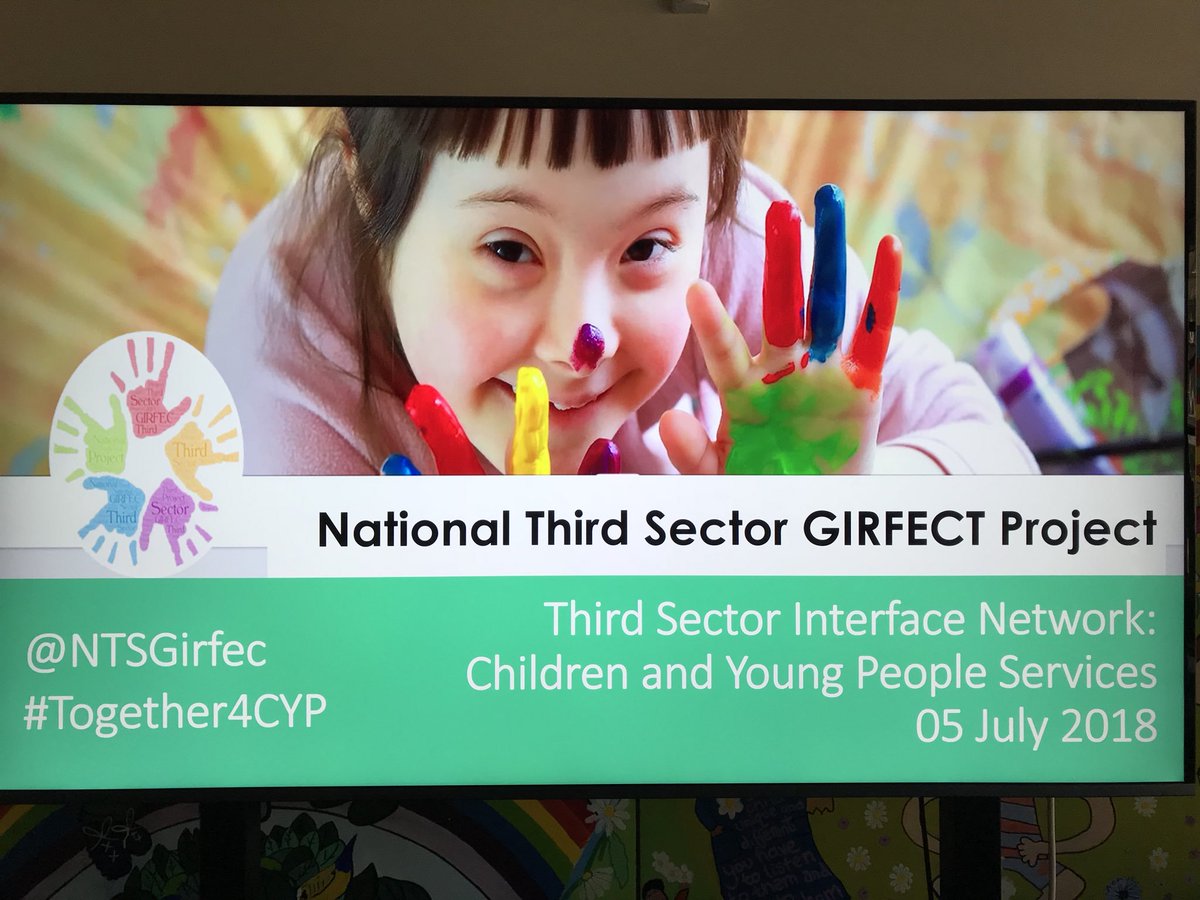 1.04.48 Richie Allen: … what goes on at Bohemia Grove? It’s supposed to be a retreat, or at least that’s the official version, for the president and for some powerful people, but it seems to be something incredibly sinister. What is Bohemia Grove and what goes on there?

Cathy O’Brien: From my experience (You were there yeah – R.A.) .. at Bohemian Grove is not only trauma which em. It was a place of eliminating mind control slaves, that’s for sure, with the owl sacrifices. You can call it occultism, you can call it satanism. Whatever title, the point is it’s known that it is trauma and it creates mind control, of other people, who are there. More importantly, to me, it was used as a meeting place for people like Bush, and the Clintons. It’s people who had the globalist agenda of mind control of the masses in mind, who were taking over the different countries, who were taking over the drug industries worldwide, not only just pharma, I’m not talking about just pharmaceuticals, I’m talking about illicit drugs like the cocaine and heroin that was poured over the borders. Bohemian Grove is where Bush, where the leaders were discussing AIDS, using AIDS as another way of, ultimately stopping procreation, where they’re moving towards a society that is supposed to reduce gender and sexuality, in favour of cloning or creating, genetically creating, humans. That was the goal. This is the kind of thing that was discussed at Bohemian Grove back in the 80’s when I was there.

1:20:04 Richie Allen: Now, we’re talking a lot lately, whether we like it or not, we’re talking about children and gender identity. It’s quite a strange time. We have parents coming to terms with the fact that their children going to primary school, I think you might call it grade school in the U.S. there, their formative school years, are being asked to consider things like, you know, sexuality, whether they’re gay or straight. They’re being asked to think about gender identity and the fact that they might be non-gendered, that they might not be any gender, they might be gender fluid, they might be in a different body to the one that they should naturally be in, all this sort of stuff, and it’s come out of nowhere […] this is mind control on children isn’t it? They’re screwing children’s brains basically?

Cathy O’Brien: Very much. It’s a very shallow focus that’s so far from soul, from truth. You know it’s, it’s been a very deliberate plan. This is going right back to Bohemian Grove again, what I was saying about AIDS and what that has done to human sexuality and procreation, and the big difference that it made. There’s a very deliberate plan in place, and Bill Clinton was, I mean he was the most outspoken on it of anybody that I knew, and it was a plan where the, when he was president they put the gay celebration in the school system and they started, they started the process. And then through global education, common core they’re weaving subliminally and otherwise. They’re weaving it into society. They’re weaving it into the knowledge base of people, to get them more away from procreation and to go into the cloning, the genetic manipulation and all like that, and supposedly the justification that George Bush said for doing that, for moving into that direction, instead of allowing people to procreate and evolve on their own, is because we need to keep up with artificial intelligence, and he said the only way to keep up with artificial intelligence is to be able to just create it in people, you know, through the genetic engineering and the cloning. Well I heard this conversation in depth when I was at Swissville amphitheatre. I wrote this in Access Denied too, where Bill Clinton and George Bush, they were having a big party there and some real wild, wild times, and my daughter was being sexually abused. I was being abused, but at the time Bill, I had cause to be with Bill Clinton at that moment, and George Bush wanted my daughter to, who was just, she was like six years old, to perform oral sex (and he,) and Clinton said “No, you’re not going to do that because I know you’re filming me, for one” cause they had the films going, and to say that ‘you’re not going to blackmail with this particular thing’. The fact is that he turned down the sex with the child. He said we don’t have to do it that way because of the genetic aspect that we’re going into and the cloning and everything, and I actually heard them discussing that in detail what the plan is. So now when I’m seeing this trans-gender thing coming out and everything, it’s like, oh my gosh, this is what they were talking about all along. People need to pay attention to it. Pedophilia is one form of mind control, but ultimately the Clintons were, their main goal was, towards this gender blending, which is something that him and Hilary shared anyway, they were definitely gender blended, but this gender blending for the purposes of the same goal that Bush had in the sexual abuse, of heightening suggestibility for mind control of the children. George Bush believed in it so much he raised his own son to be a manchurian candidate, and I saw and witnessed the programming of Bush Jr., and the trauma that he was exposed to for the forming of it. These, they had no, no kind of human consciousness about caring, about the sanctity of soul expression and strength of the human spirit, and they were out to destroy it at all costs, and by gosh here’s where we are.

1:27:40 Cathy O’Brien: Yes the roots are there. Plus consider the fact that when a child is sexually abused that already confuses their sexuality. It creates uh, like in my case a heightened sexuality. I was sexually abused my whole life. My father started while I was an infant, and the sexual abuse of a child like that already is disrupting a natural sexual development. So there’s a lot of homosexuality that would come from that because, like the little boys who were abused by a man would be looking for that the rest of their life, and without really maybe not even consciously knowing why, but it just becomes ingrained. Well after so many generations of that being ingrained in our society you can imagine what it has caused genetically even, in the human evolution. Mark (Phillips) was a genetecist and he studied that very very strongly and said that after three generations of conditioning to something like that it starts to become autogenic. That’s why as a multi-generational incest based child I was targetted for MK-Ultra mind control. Even the Hitler-Himmler research showed that after three generations that the propensity for mind control, or for whatever condition was being put into place, would be more effective. It starts to become an autogenic part of life. Well we’ve had more than three generations of this rampant pedophilia and human trafficking going on, and it has totally messed up with sexuality, coupled with what has been put into our school system, what society has been conditioned with through the media. It’s coming at us from I’m sure other angles too that have to be weaved into the equation. But it has affected us. Now what are we going to do about it. I think we’d better get back to the root of exactly why this has been done, and what the ultimate purpose is for it, and it’s to create a robotic society where we allow for genetic cloning, manipulation, instead of natural procreation. We’ve got to stop it. We’ve got to reclaim our innate human sanctity here.

Theme by Anders Noren — Up ↑